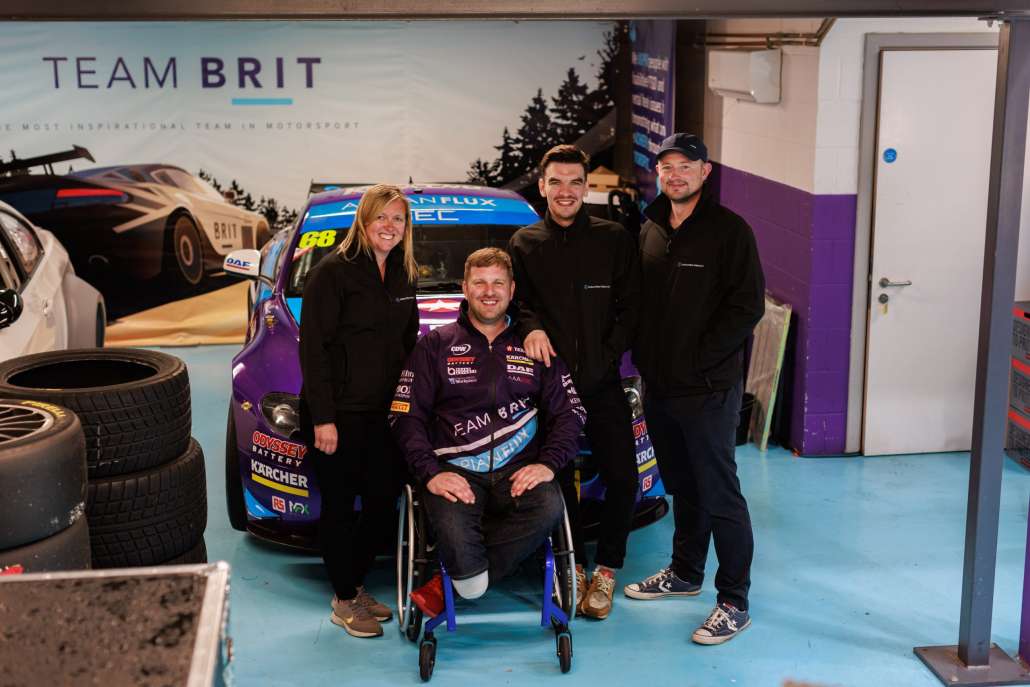 Carbon Fibre Tubes have been working with a range of customers over the years delivering highly engineered composite solutions and parts for medical tech and assistive equipment. This has included working with companies that develop high-end wheelchairs, prosthetics and other assistive technologies. So, since a very close member of the CFT family became an amputee following a road traffic accident, we have been working tirelessly to support him and his endeavours in any way we can. We’ve spent hours mulling over improvements to his prosthetics, modelling new parts using 3D printing and manufacturing adaptations where we can. Testament to his perseverance, resilience (and exceptional driving skills) he has earned a position in a race team, Team Brit, an amazing organisation aiming to be the first disabled motorsport team to compete at Le Mans 24 hr Endurance Race. CFT jumped at the chance to support him and Team Brit, and we’re incredibly proud to announce this sponsorship.

Fareham-based Carbon Fibre Tubes will be supporting Paul throughout his first racing season this year, with its branding found across his BMW 118i and race helmet. He is racing in the Britcar Championship alongside fellow rookie Tyrone Mathurin.

Paul has known the founder and Managing Director of Carbon Fibre Tubes, Simon Brackwell, since he was 4. The pair grew up together in their hometown of Fareham and have enjoyed many adventures together including competing the Dakar Rally to the Gambia in 2008. Paul’s younger brother also works as the firm’s Production Manager.

A keen motorcyclist, Paul was on a touring trip to Wales in 2021, when he was involved in an accident which resulted in the loss of his right leg. Incredibly, he was back on his motorbike just one week after a month-long stay in hospital, then went on to secure his race licence after meeting Team BRIT.

Operating from Paul and Simon’s hometown of Fareham, the company has grown and developed over the past 18 years. Carbon Fibre Tubes’ wide range of capabilities allows them to solve complex technical problems and produce highly engineered composites for their customers’ projects.

Alongside financial support for Paul’s racing, the team at Carbon Fibre Tubes also hopes to assist Team BRIT with technical consultancy to support its innovation into adaptive disability technology.

“Paul and I have been like family for years. We’re always supportive of the fantastic adventures he pursues, so as soon as he told us about Team BRIT we were hugely proud and knew we wanted to help.

“He’s a regular visitor to our HQ and together we often discuss how we can get involved to help him and others with solutions for improving mobility and delivering assistive technologies. We often muse over how to enhance prosthetics, improve wheelchairs or introduce more 3D printed and composite components to assistive equipment. Learning about the Team BRIT hand controls has been fantastic and alongside supporting Paul to race, we’re really keen to see how we can help enhance the components used in the team’s tech.

“As a business we’re all about solving complex problems which is something the team clearly excels at. I just hope that together we can make an even greater difference in motorsport accessibility.”

“I’m really humbled and grateful to have such fantastic support from Simon and the team at Carbon Fibre Tubes. Simon is like a brother to me, and my own brother is a key part of their company, so it really is a family business. They never fail to get behind what I’m doing and the enthusiasm they have shown over the start of my racing career has been just amazing.

I’m really excited about having them with me this season and introducing them to Team BRIT’s technical crew to see what fantastic innovation we can develop together.”