Supporting the next generation of engineers

As innovators ourselves we love getting involved in exciting projects. So, when we were contacted by a group of young engineers seeking our advice on the use of composites in UAVs, we jumped at the chance to support them!

Project Hex is a student-led UAS (Unmanned Aerial System) team at the University of Sheffield, currently working towards designing an autonomous 3.2 metre wingspan fixed-wing VTOL aircraft, complete with a custom machine learning vision system and bespoke ground station for monitoring the aircraft, as well as a ground vehicle and deployment mechanism.

Here the team describe the project in more detail:

“Our current aim is to enter the AUVSI SUAS challenge in America in 2023 and to be the first UK team to enter in the history of the competition. This is one of the most advanced search and rescue based competitions in the world, with teams having to map an area to a high level of detail, locate persons and alphanumeric characters on the ground, before deploying a ground vehicle to an injured person on the ground whilst the aircraft is still over 30 metres in the air. All without having any control input from the pilot.

To make this immense UAV, initial FEA showed that carbon composite tubing would be required for the wings and rear tail attachment due to the high forces experienced during flight, as well as the need for a very stiff airframe with minimal deflection.

The Airframe is designed to withstand 2.5G in its most aggressive manoeuvres, whilst cruising at over 75kmph. At the rear tail, forces of 55N were applied at a 2m distance to the wing attachment point in ANSYS, and the deflections observed. A range of carbon tubes were considered, however, an outer diameter of over 40mm and a wall thickness of 1.5mm or above were required to keep the deflection under 25mm. A similar process was carried out on the wings, revealing the need for a main wing spar plus two wing stabilisers to ensure the wing does not twist or flex during flight.

Project Hex is incredibly grateful to Carbon Fibre Tubes Ltd for their generous sponsorship of carbon fibre tubing towards Vulcan, and we look forward to sharing more future developments with you!”

Follow the team to see how they get on, and how the Vulcan performs! 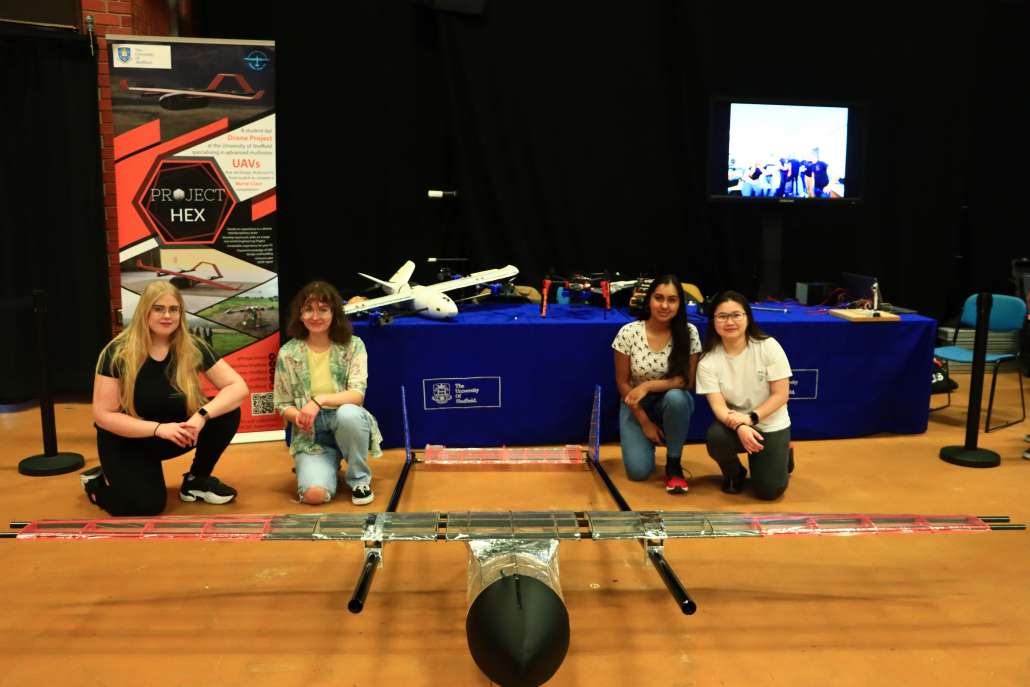